It was very cold last night and I awoke to some drizzle. I thought I would try out my new Jetboil so I made some porridge. 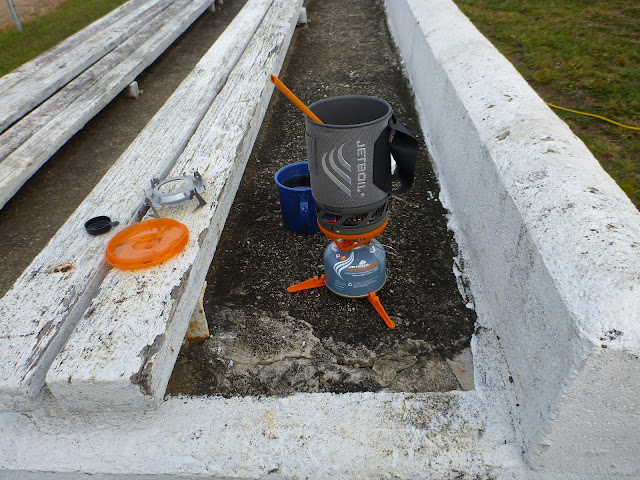 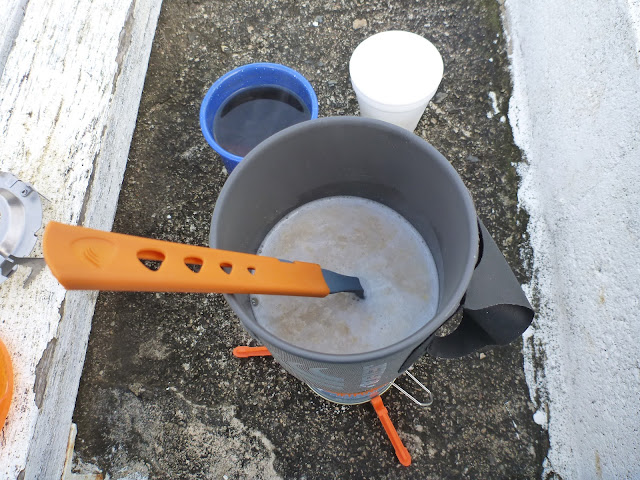 I was in the middle of eating breakfast and chatting to some folks when a white panel van pulled up and to my surprise Ange & Michael had turned up.

The clouds are starting to come over dark. 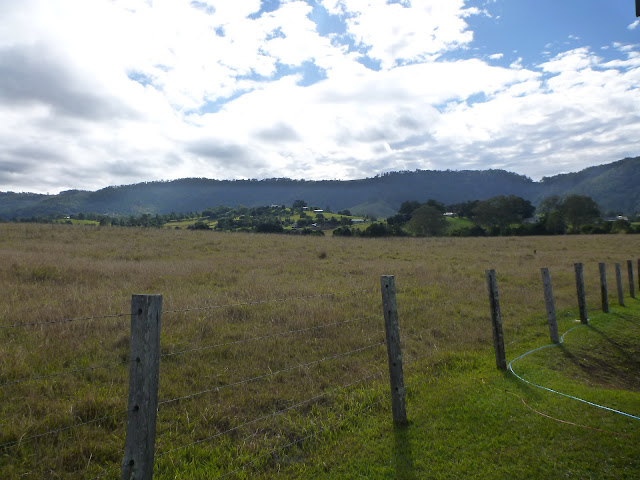 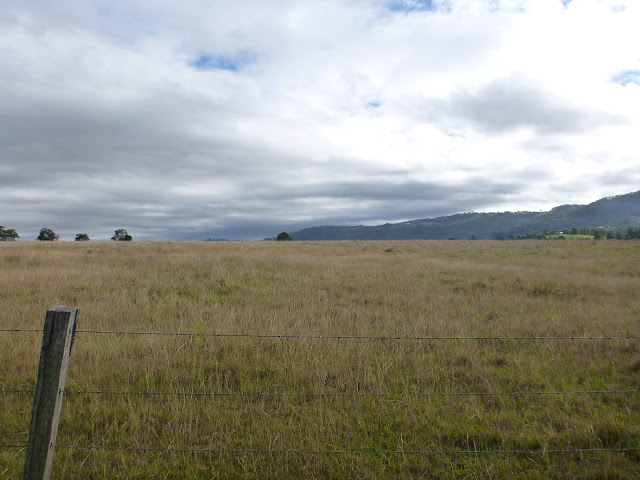 There was a demonstration of everyone's cooking devices. 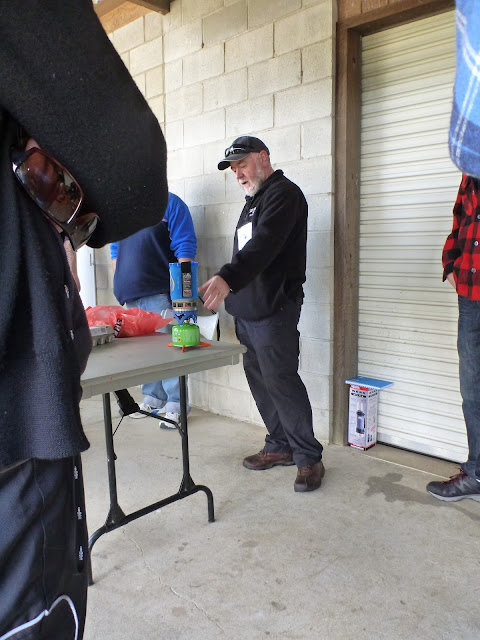 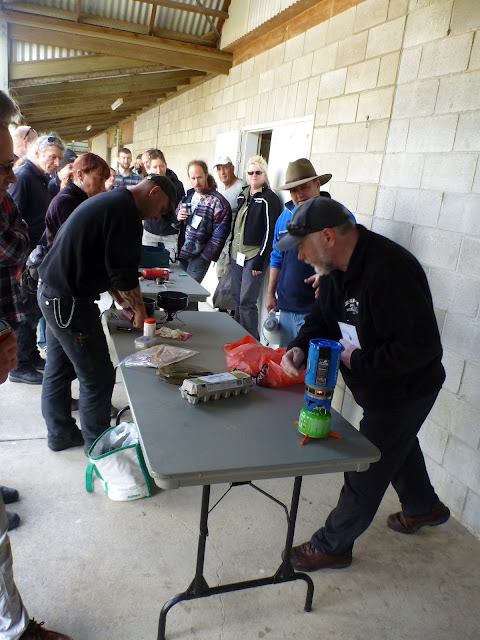 The first talk was by Paul & Jan Dwyer they spoke about there trips to Ethiopia & Nepal. 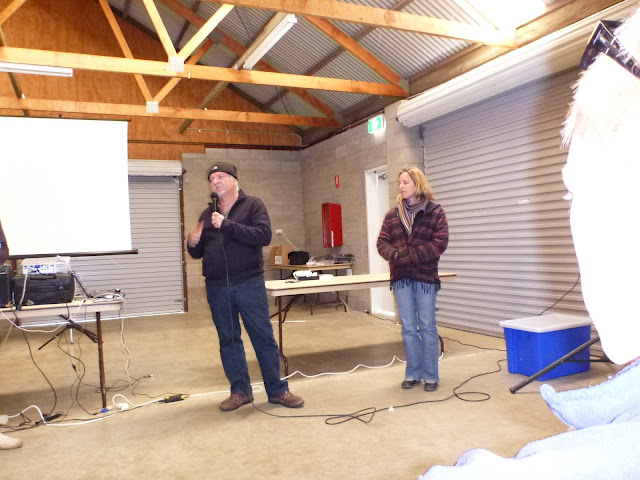 Some of the camp area. 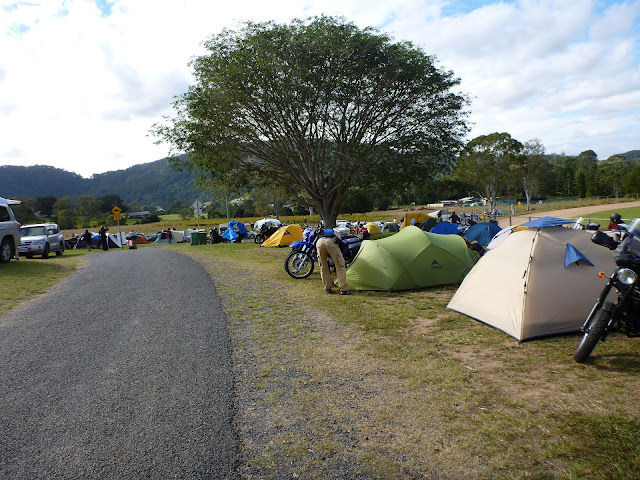 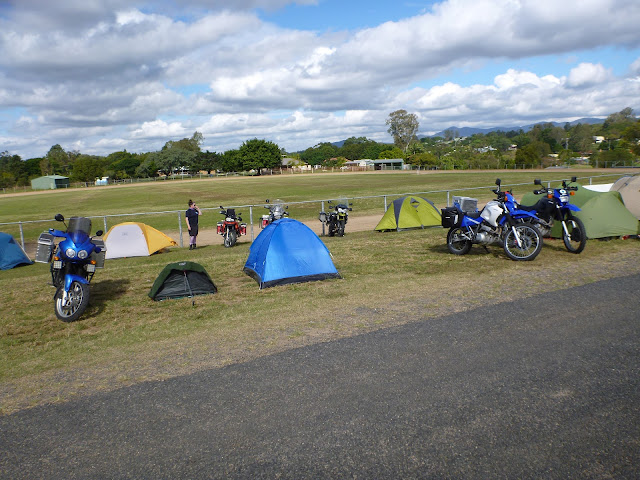 Frank talking about his trip around Europe and the Arctic Circle. 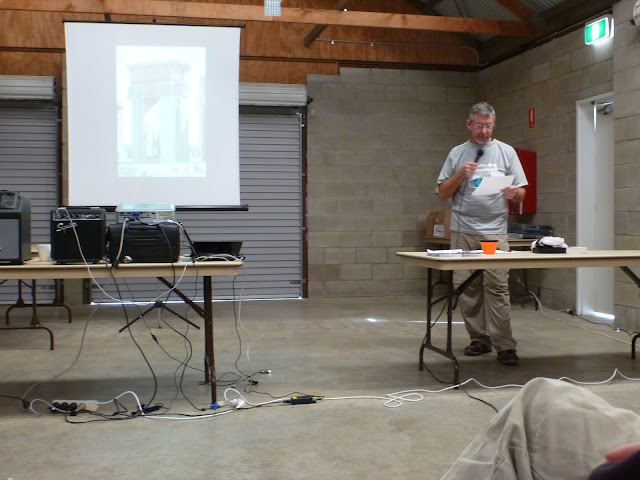 Frank & Simone from Germany who have been riding around the world for
2 years so far. 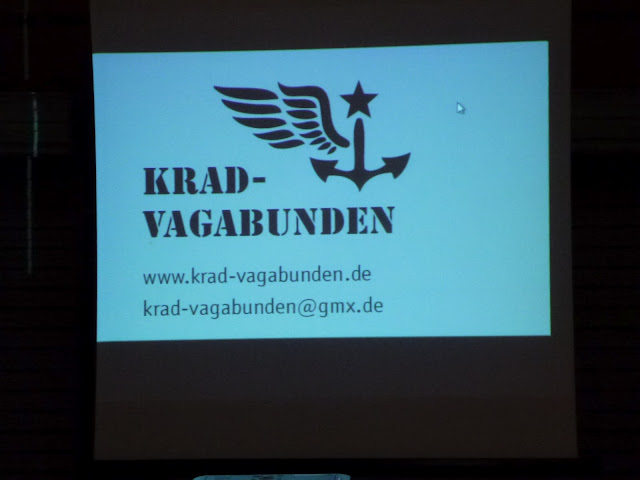 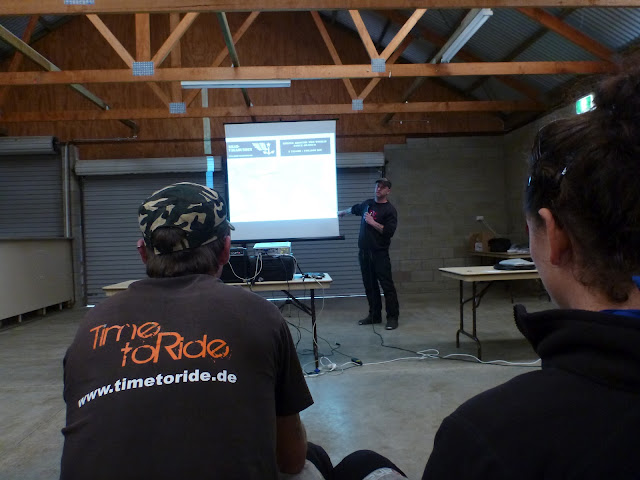 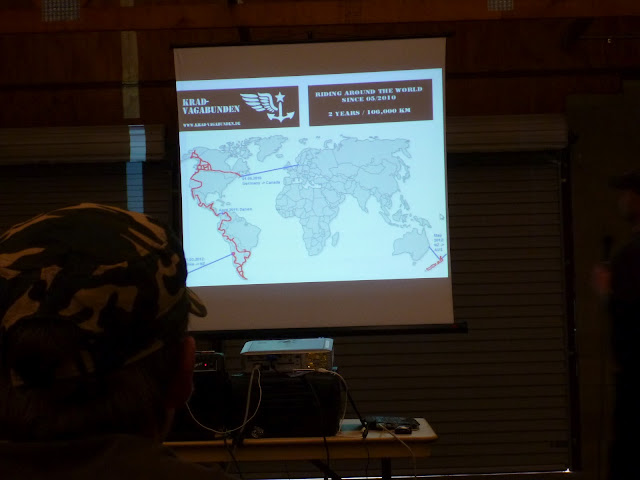 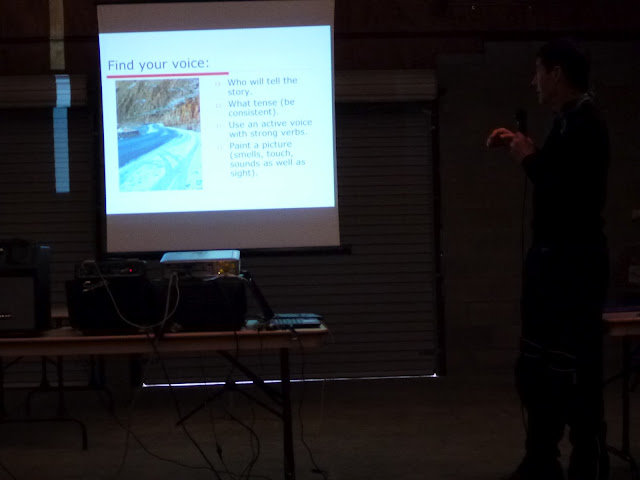 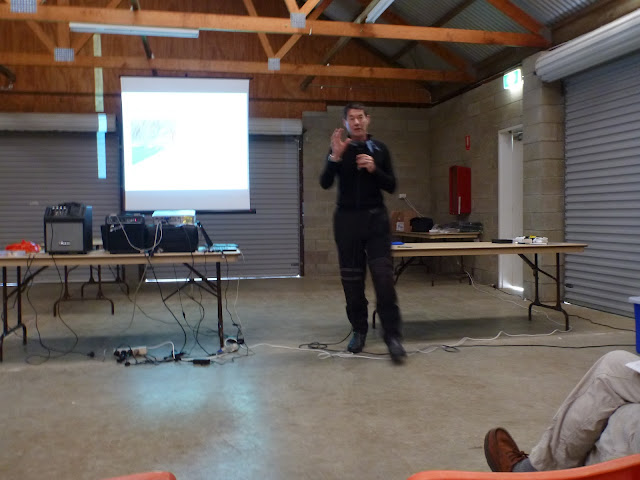 One of the hi-lights of the event Simon & Lisa Thomas from England - Travelling the world for the last 10 years. 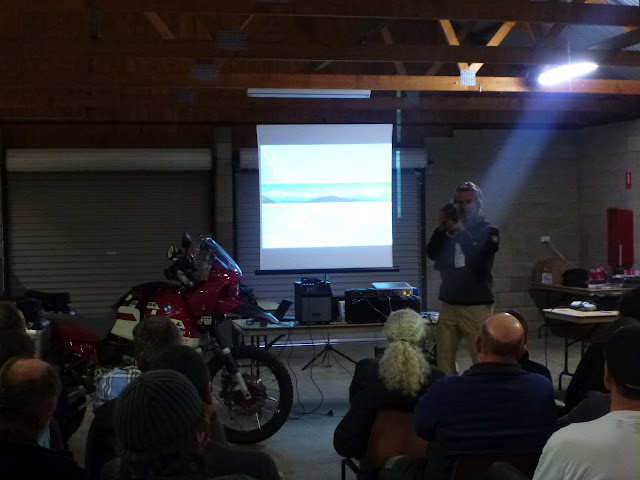 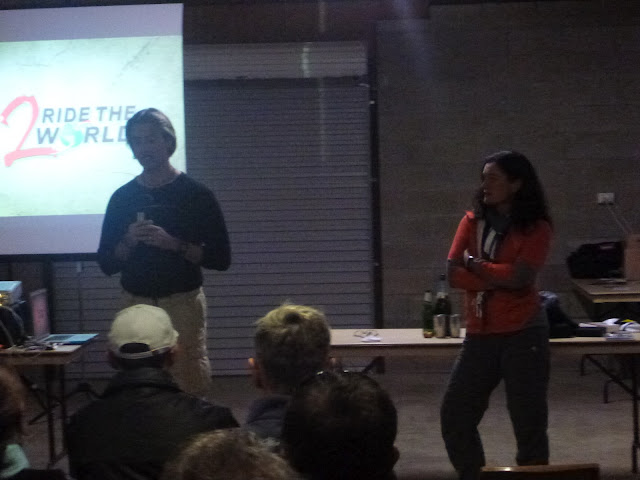 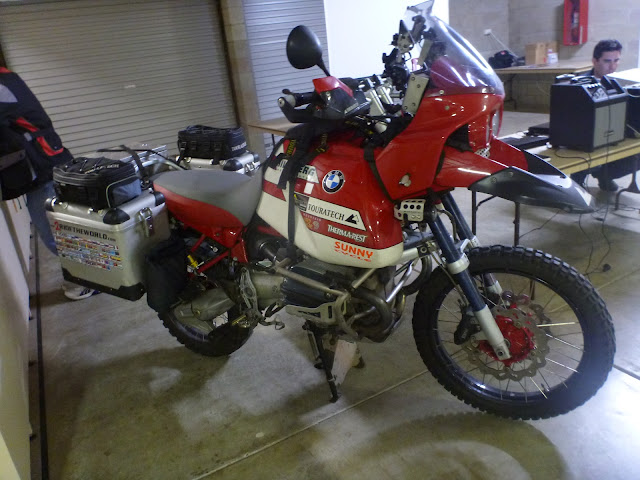 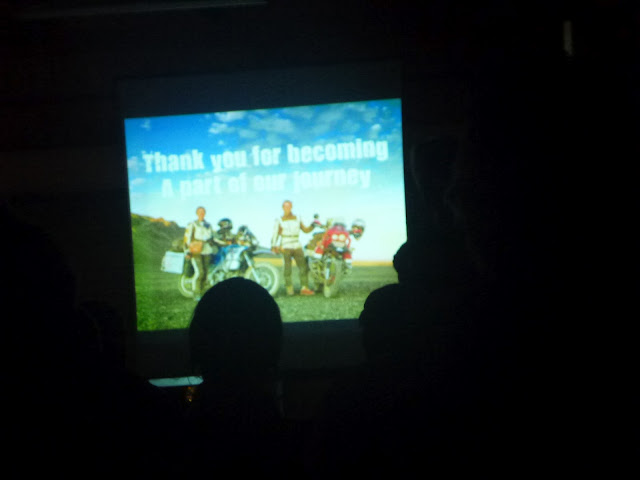 Karen & Derek from South Africa/England talking about there ride around the USA. 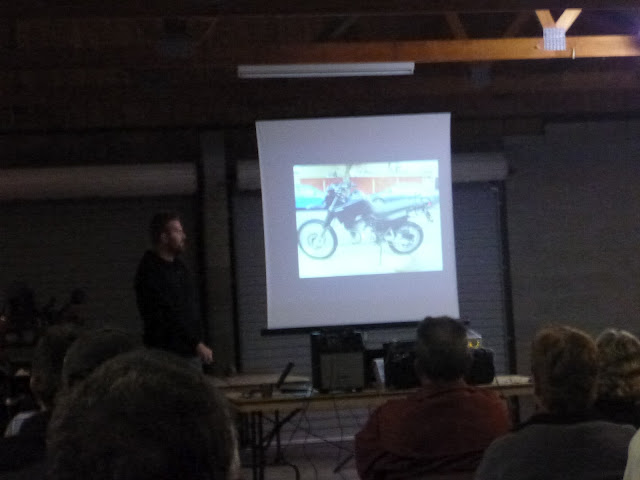 I won't be cold tonight. Ange was kind enough to lend me her heater. I am so camping with one of these in the future. 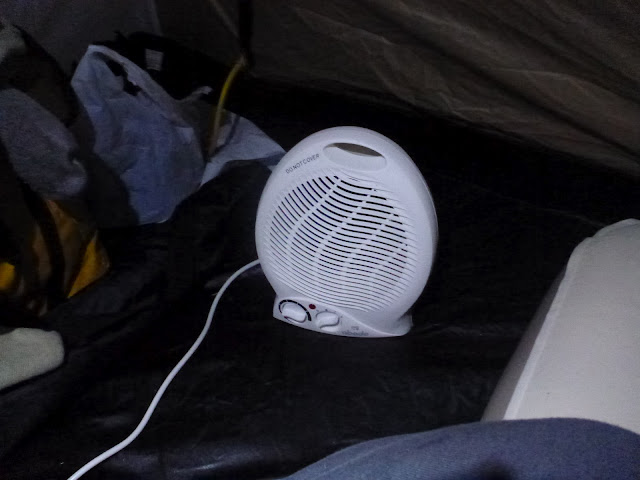