Today saw the launch of Motorcycle Awareness Week (MAW) in the ACT which is organised by the MRA ACT.
It began from Old Parliament House (OPH) with the Ride of Remembrance. The ride ended in Garema Place in the city with a short service and then the launch of MAW. 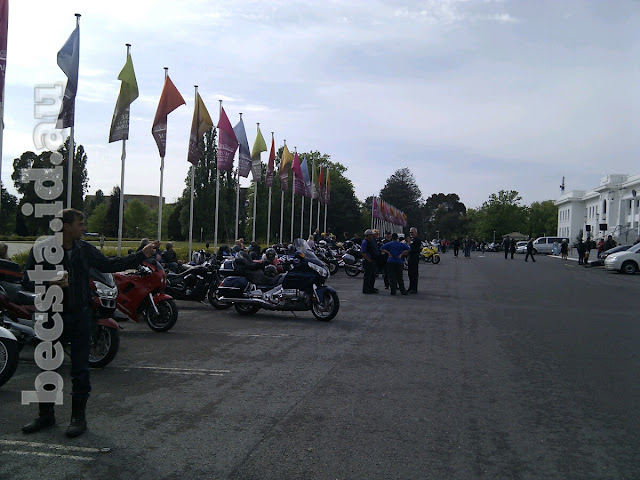 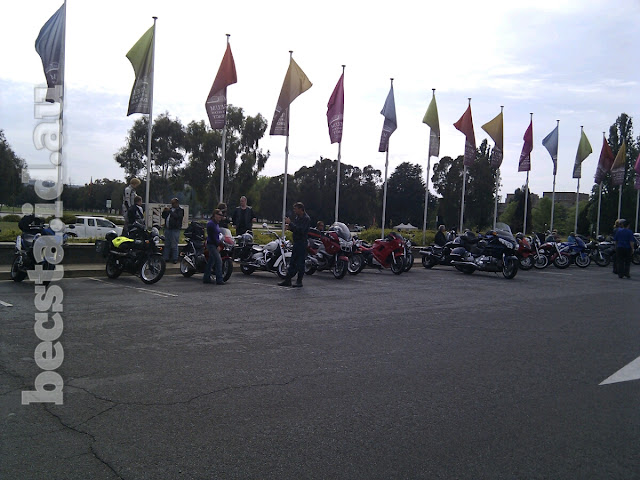 For the seven days of MAW there is a Joe Rider campaign. There are a number of riders who wear yellow vests with Joe on the back, this is to encourage drivers to look out for motorcycles. I have volunteered to be a Joe Rider for the week.
﻿ 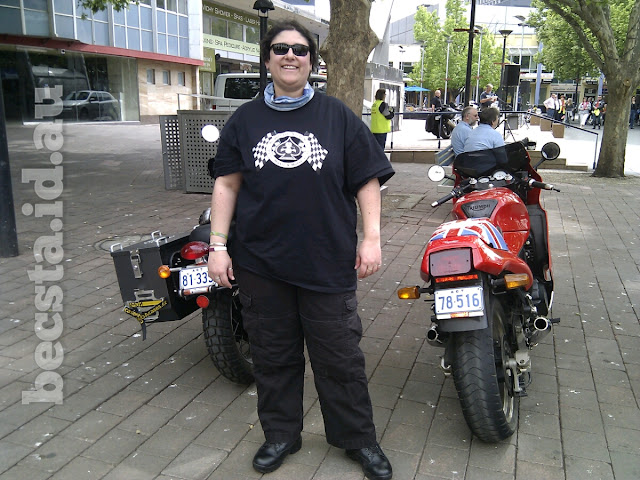 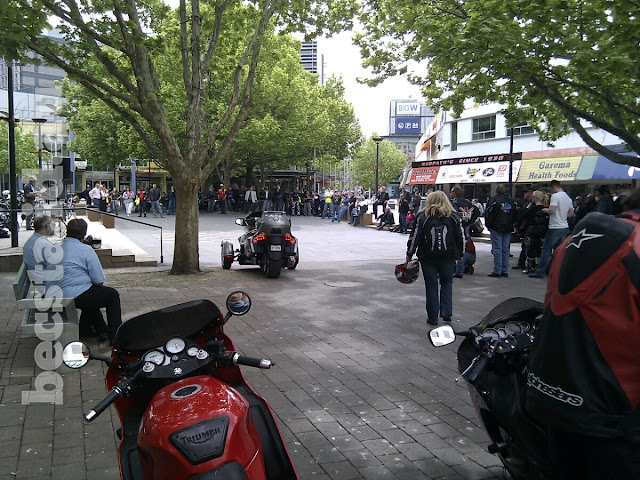 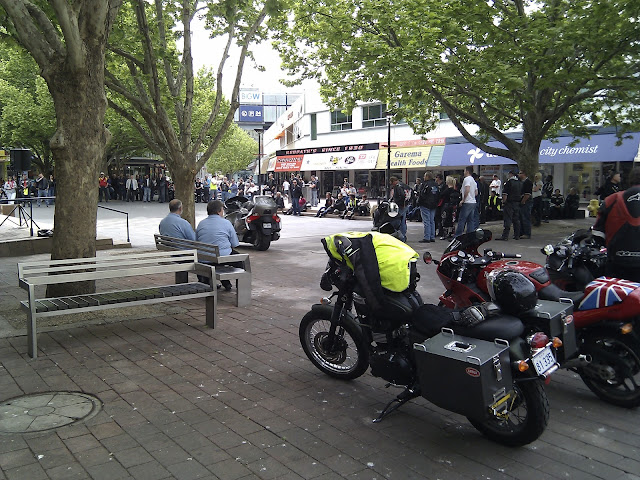 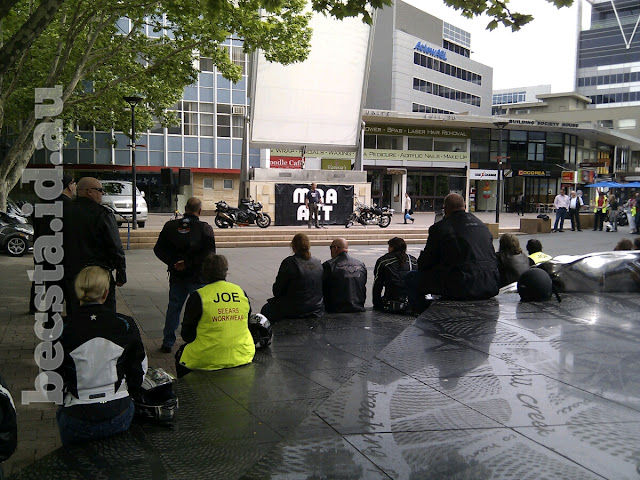 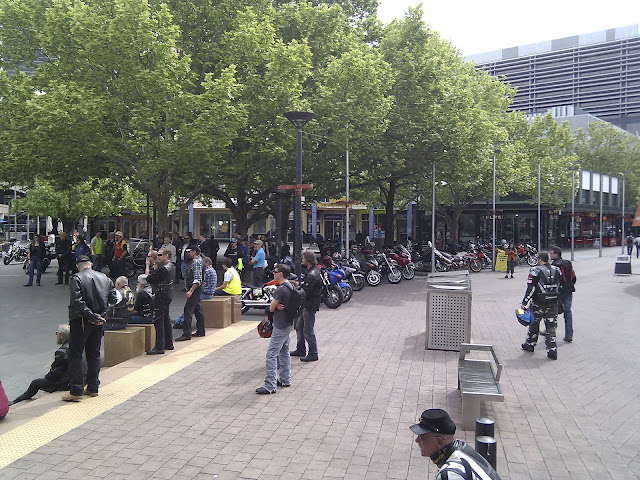 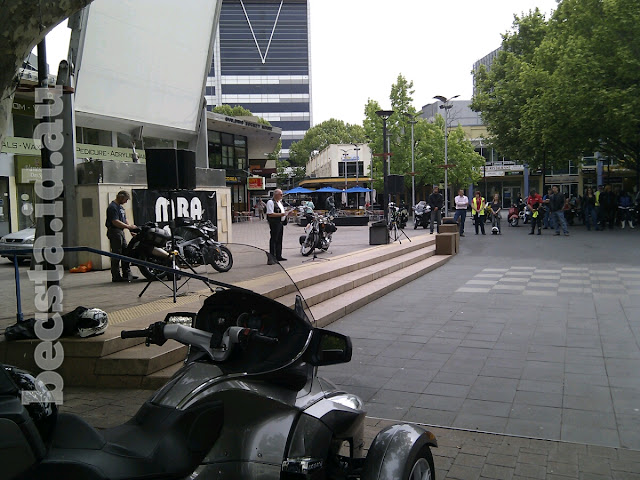 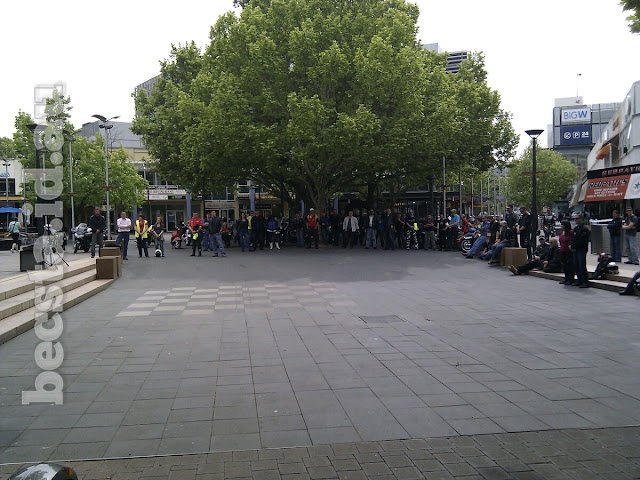 At the end of the Launch﻿ and after a cuppa and some waffles, Ange, Michael and myself set off for Eurotune Motorcycles as they were holding a Triumph ride day.

On the way there all the traffic was stopped so we pulled up to discover the Queen was out and about, her cavalcade was heading in the opposite direction to us, first the police bikes and then cars came around the round about and headed towards us, then there was a black Range Rover, and there she was just sitting in the car, then she looked over probably wondering about the 3 Aussies sitting in the traffic on British bikes waving furiously at her There was also lots of Union Jacks on display). She smiled at us and then we got the Royal wave. My phone was in my pannier so I was unable to take a photo.

After she passed we continued on our way. We got to Eurotune and I registered to ride a Tiger 800 twice and a Speed Triple.  On paper the Tiger 800 sounds like the perfect bike for the type of riding I do but I just fell in love with the stying of the Scrambler so I have been a bit worried about riding the Tiger incase I really loved it and found I had made the wrong decision. Well my worries were unfounded, I did enjoy the Tiger it was very easy to ride, very smooth and the seat was so comfy, but I enjoy riding my Scrambler more. 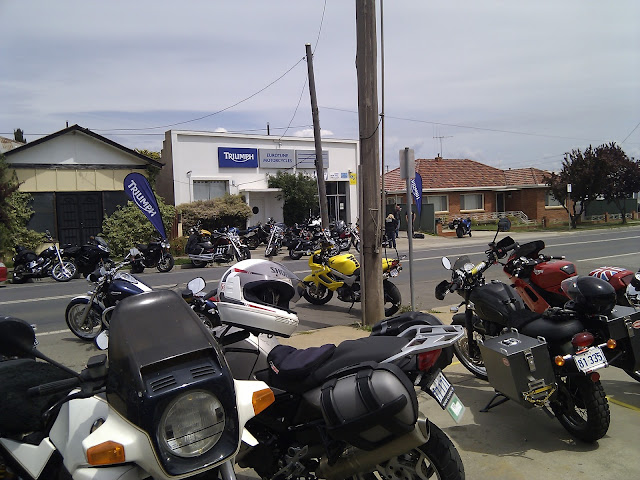 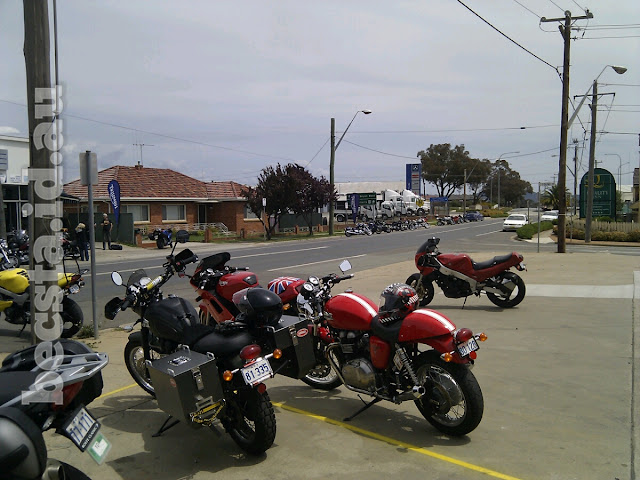 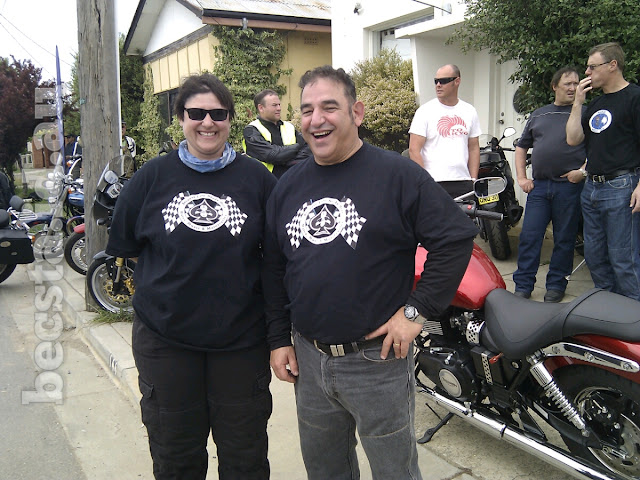 ﻿I found another mad rat from Rat-s Cafe