There was some over night rain in Broken Hill so we had a pleasantly cool start to the day. About 20 to 30 km's out of Broken Hill the temperature dropped by 3 degrees over about 10 minutes. I even had to put my heated grips on for a little while.


I was very disappointed that I had not seen any emu's yet, it seems like everyone else on the ride had spotted some except for Ange & I so I had my eyes scraning everywhere in the hopes of seeing some. To start with the only animals to be seen were more goats, they are every where.


We stopped at Olary as Marilyn had spotted a car and trailer that was transporting 2 camels and we were hoping they would go past us but they turned the other way. Sam from the hotel came over for a chat. He told us that there are not many roos around at the moment as they have had a lot of rain and there is heaps of food about for them but there are heaps of emu's. 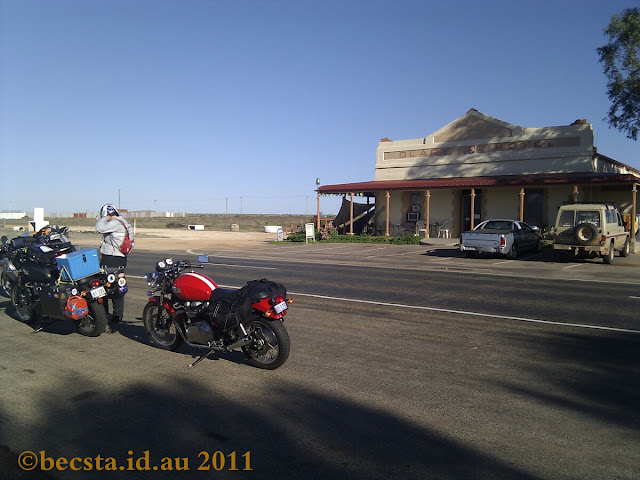 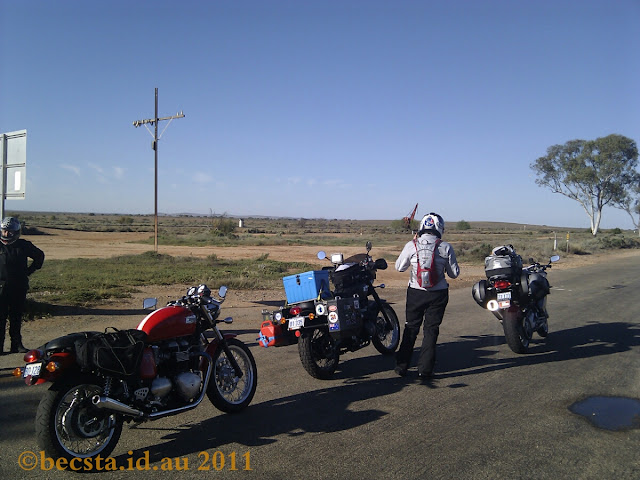 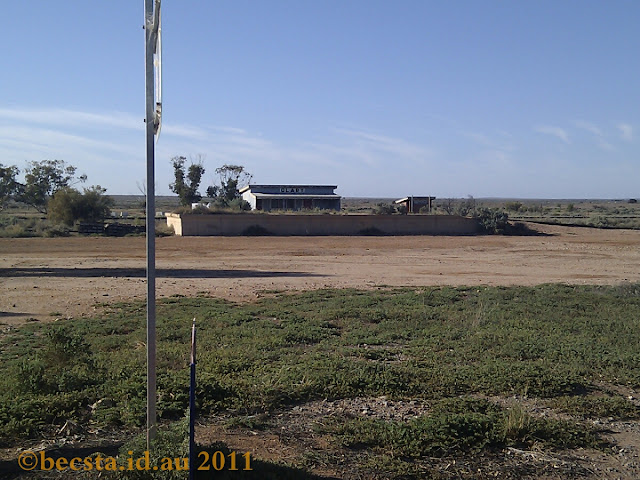 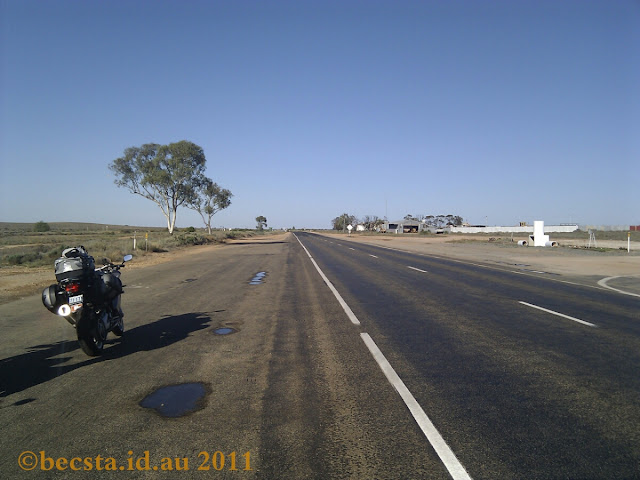 There is not much to Olary. It used to be a gold mining town. 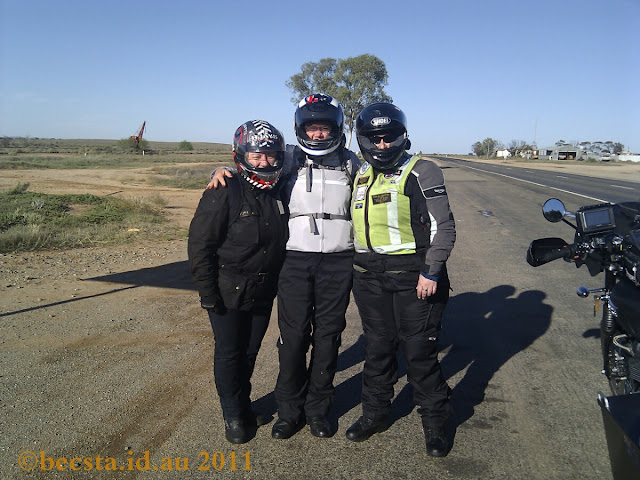 Ange, Marilyn & myself at Olary. 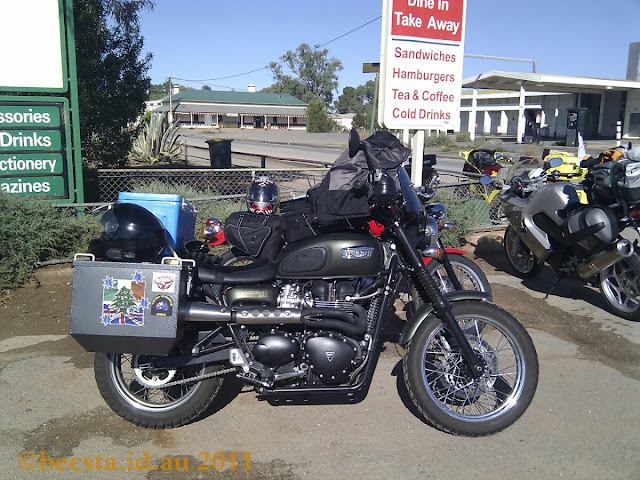 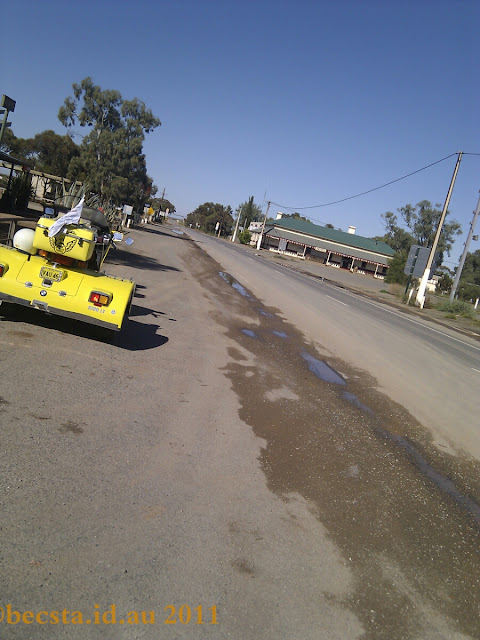 As you can see it is a happening place. 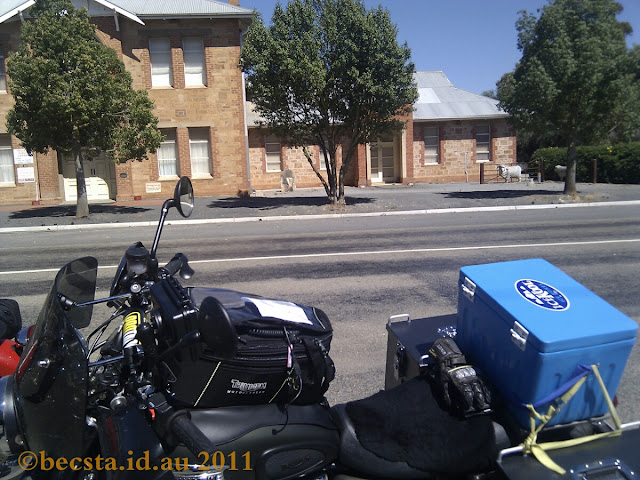 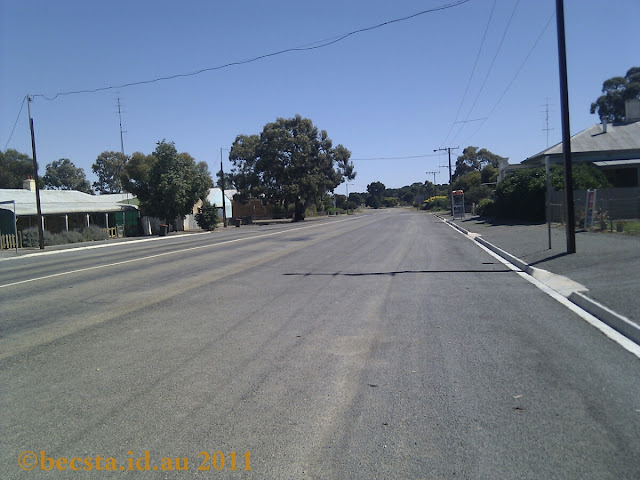 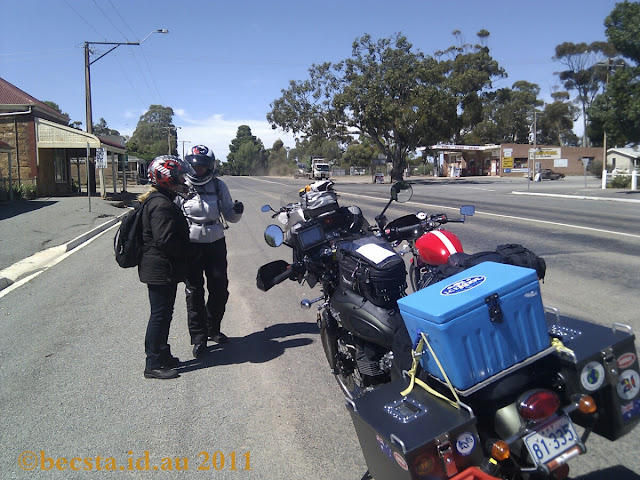 Ange & Marilyn deep in conversation at Hallett.
There was plenty of wildlife today I saw 6 eagles lots of lizards an Echidna and yes I finally saw an emu, which I might have missed if Ange wasn't throwing here arm about in its direction.

Next fuel and lunch stop was in Burra. This is a beautiful town with lots of lovely old buildings. 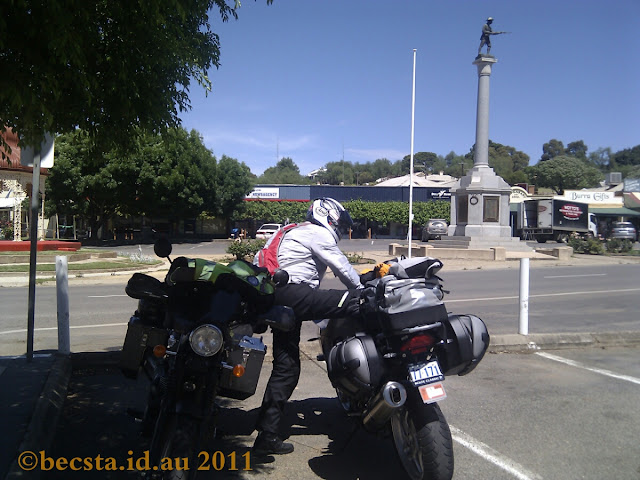 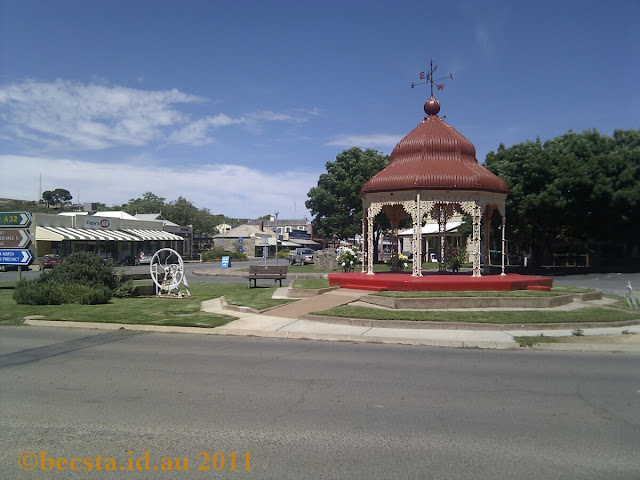 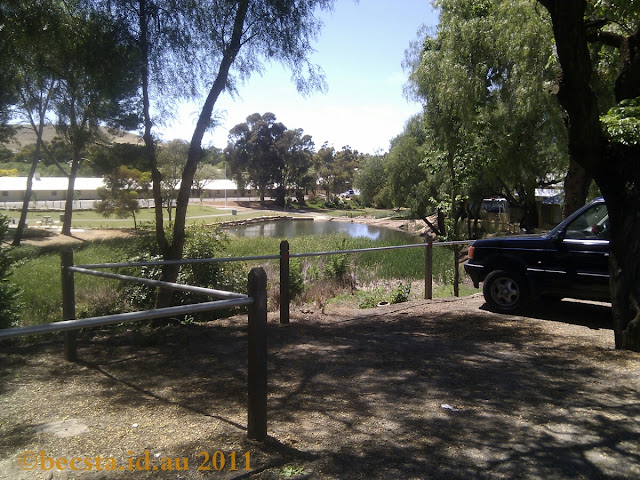 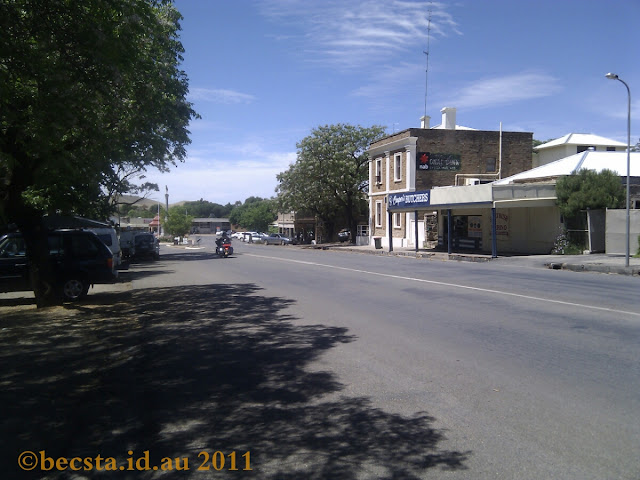 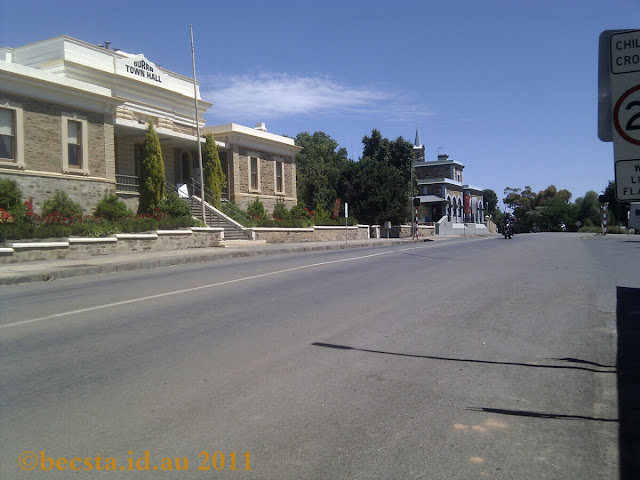 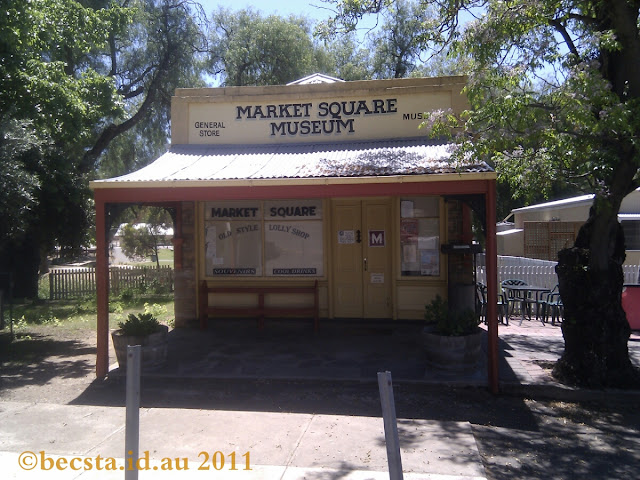 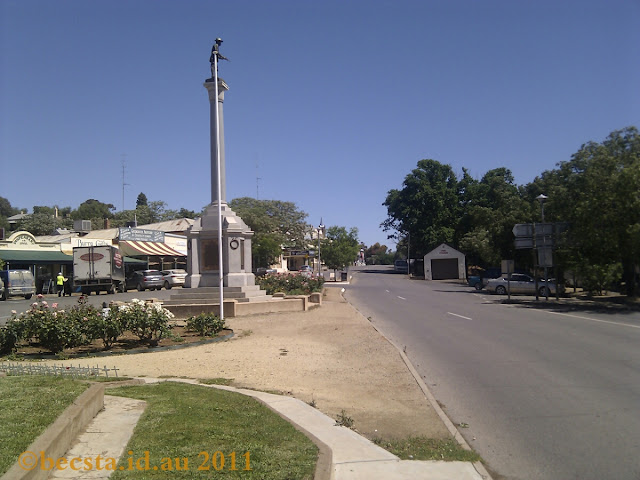 The had been very pleasant up to this point there was interesting wildlife the roads were nice and the scenery was changing.

We left Burra to head onto Loxton our next over night stop, not long after leaving my GPS kept telling me to turn around, I thought we were going in the wrong direction so I pulled over. Ange was ahead of me, she turned around and came back and Marilyn pulled, we were discussing the direction of travel when we were passed by 3 bikes that we recognised so we thought we must have been going the right way so we continued on to Saddleworth where we consulted the map to discover yes we had gone wrong. 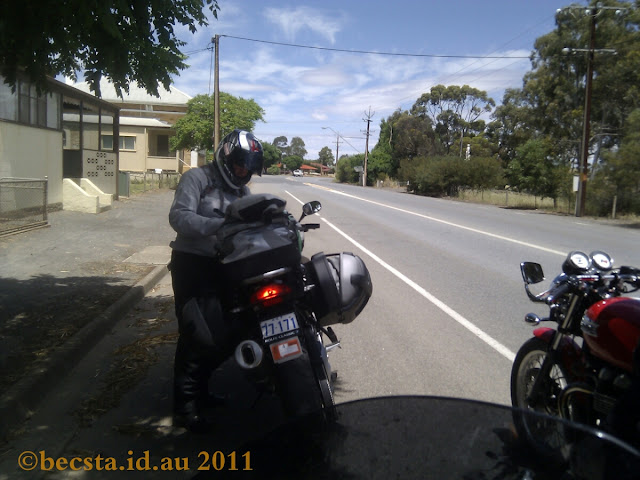 Marilyn checking the map at Saddleworth. 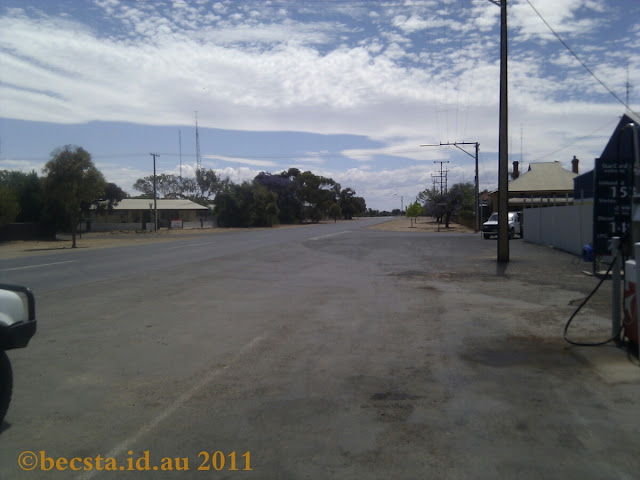 We fueled up at Morgan and it was stinking hot, it had gotten to 35.5 degrees.

We finally made it to Loxton hot and frustrated to discover we had a room on the top floor so we would have to carry our gear up there. It was a relief to discover there was a lift. If we had followed the correct route today we would have completed 560km with our little detour we went about 625km making today our biggest day. 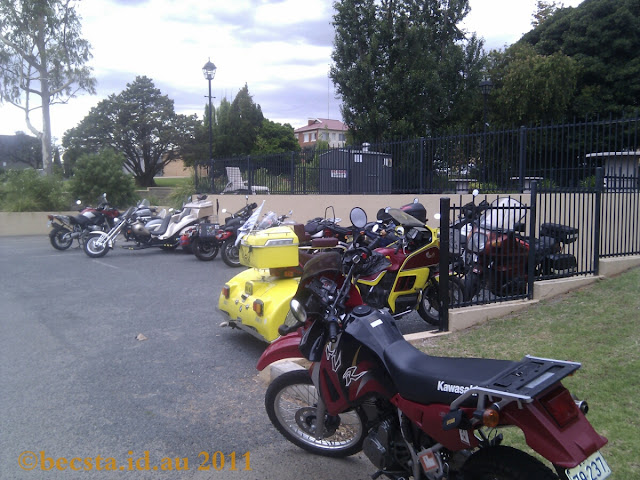 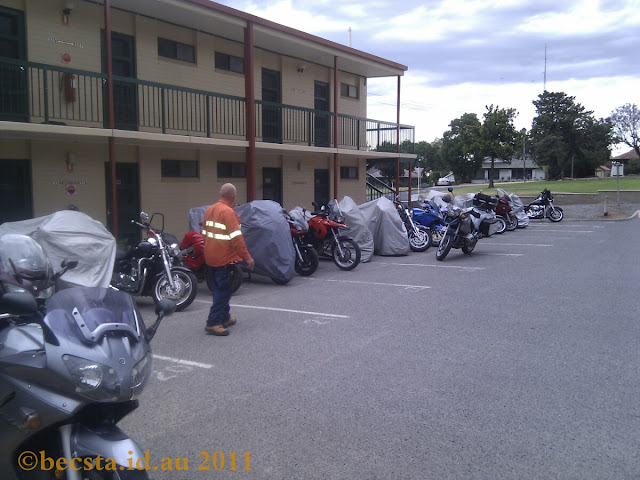 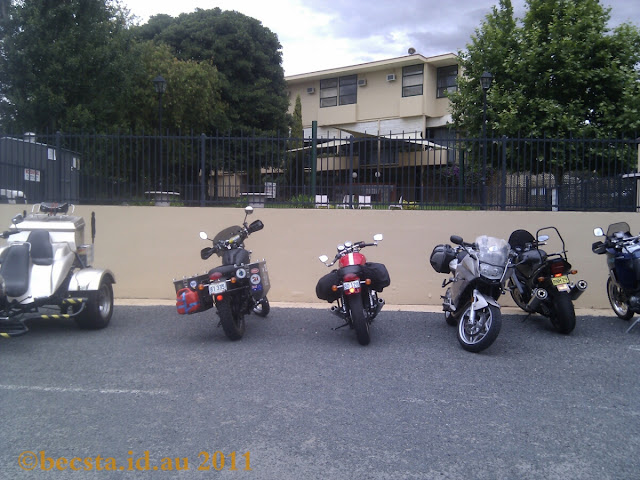 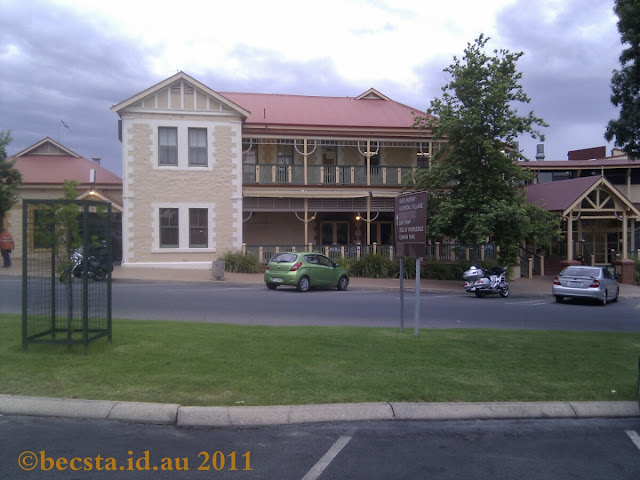 The Loxton Hotel where we stayed. 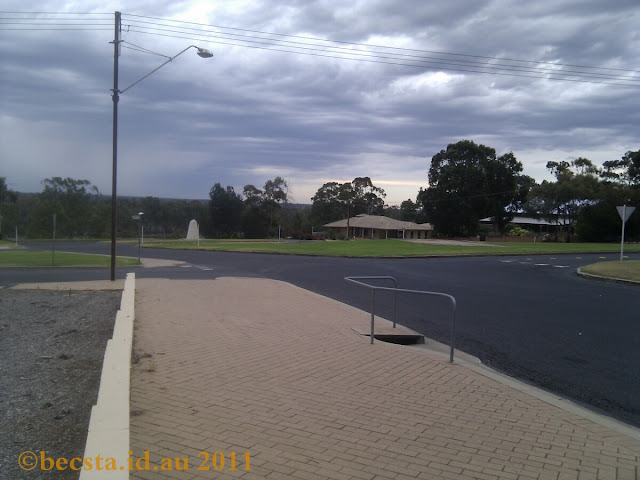 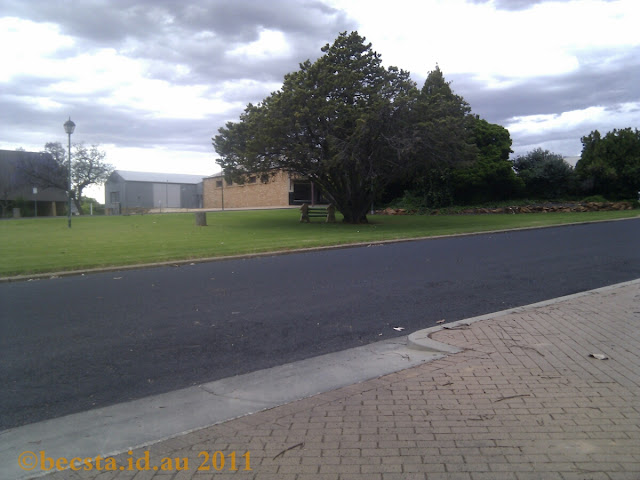