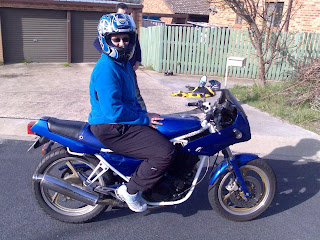 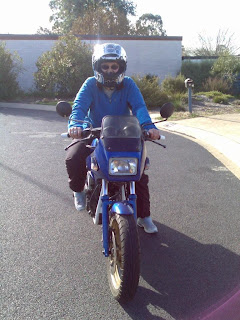 This is the day that I passed my motorcycle learners course and my brother brought around the bike I was buying off him a 1986 Yamaha SRX250. 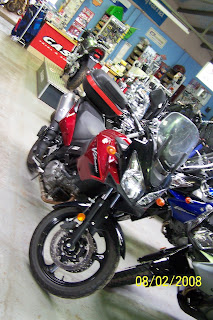 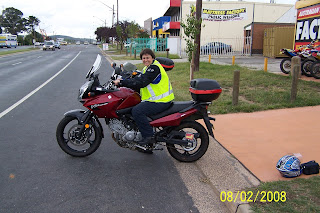 This is the day that I picked up my new to me V-Strom it had 4041km on the clock. 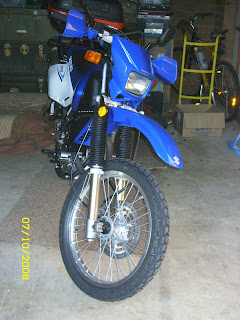 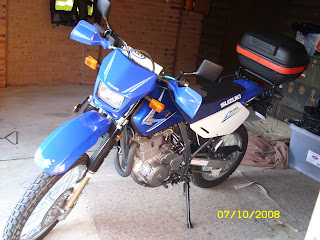 This is the day after I picked up my new to DR it had 4km on the clock.

On 14 May I drove to Sydney to trade the DR in for the Scram. Ange & Michael came with me to help. Michael was kind enough to lend his trailer for the expedition. 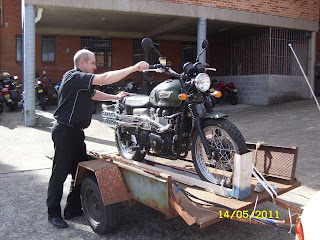 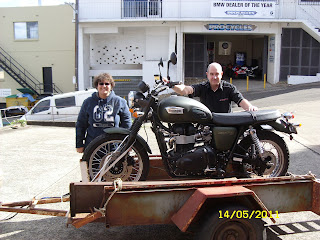 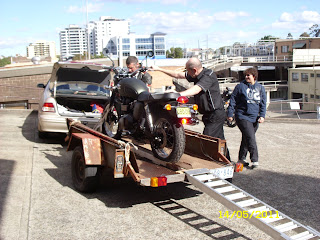 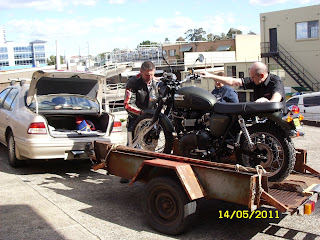 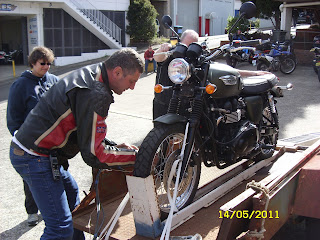 Here is a list of the mods I have done to my Scrambler.
I will start at the front and work my way back. The links are for the places I got them from.