Today was very overcast with a 40% chance of rain according to the Bureau of Meterology, it at least was a lot cooler than it has been for the last couple of weeks.

I had a few things to test out on my bike for my trip so thought a small local ride would do the trip. I wanted to catch up with my friend Kim to thank her for my beanie (more of that later) and she suggested a ride.

Meet point was near home and at the very civilised time of 0930. 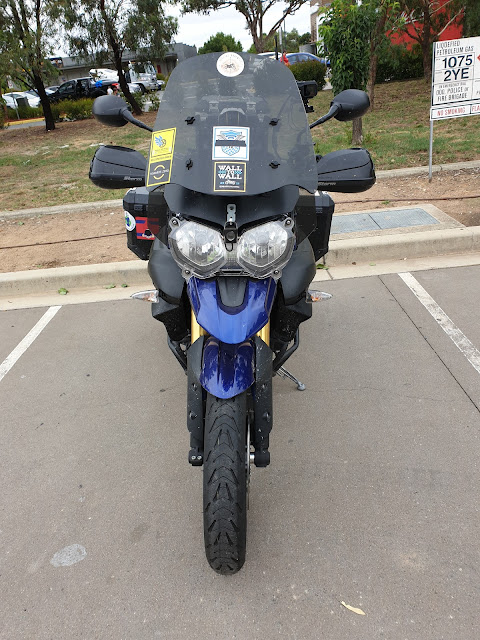 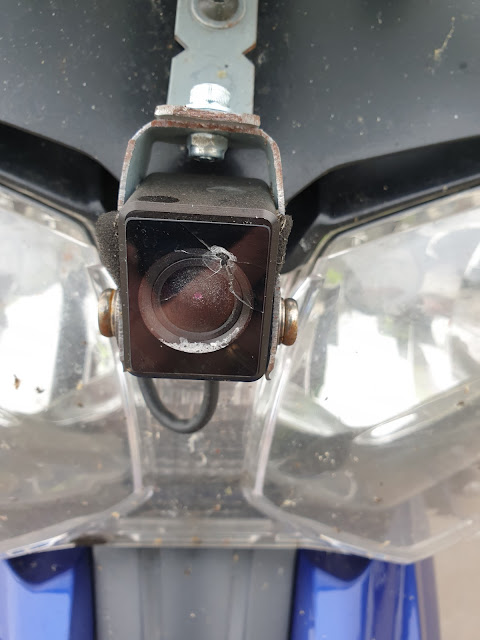 Whilst waiting I noticed that the cover over my front camera was broken, it must have been hit by a rock. Hopefully it is just the cover and not the camera lens. 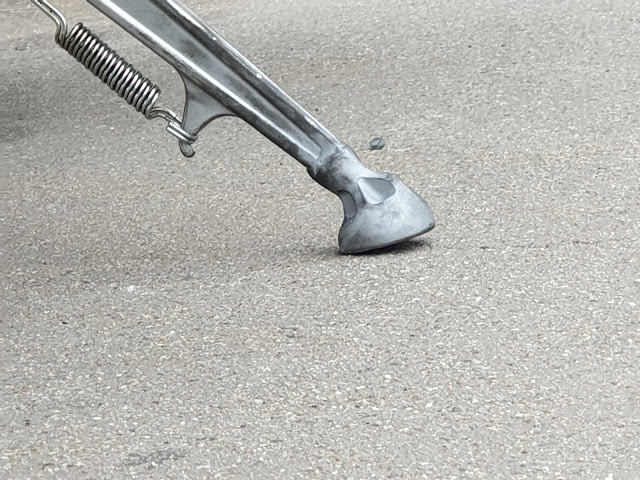 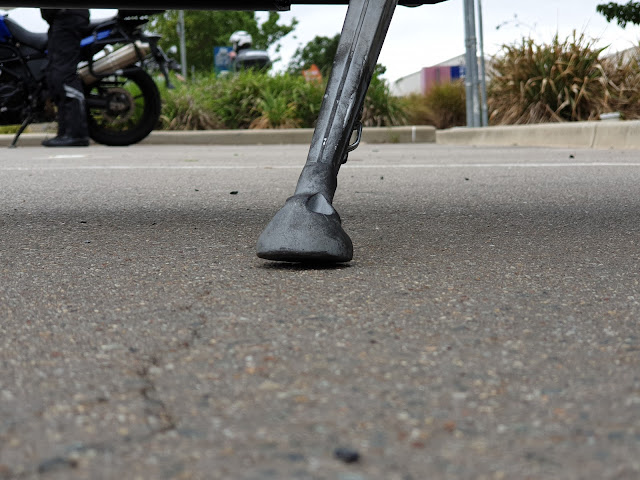 The ongoing saga of my side stand.

They had cut enough off but the replacement foot was round and because of the angle only a very small part of it touched the ground. Last month I got new tyres fitted and I asked them to fix the side stand at the same time. We talked about a small plate so that there would be a great surface area on the ground. The above two photos show the result and as you can see there is still not much of it actually on the ground. They have also made it thicker so that the bike is now standing very upright again.  NOT HAPPY JAN. So this is another thing I now have to fix before my bike leaves in April. 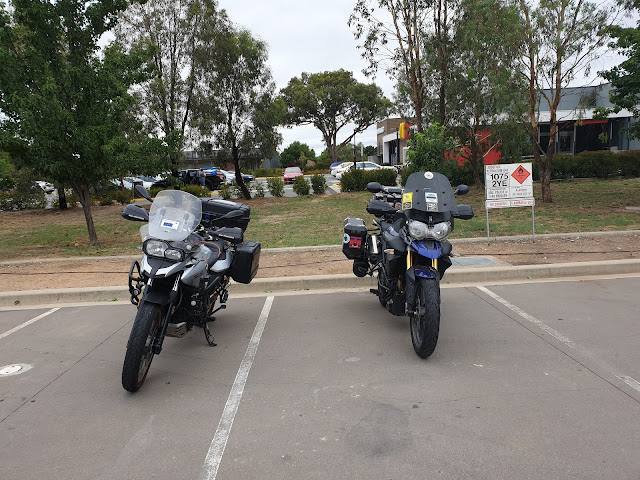 You can see how upright my bike is compared to Kim's BMW. 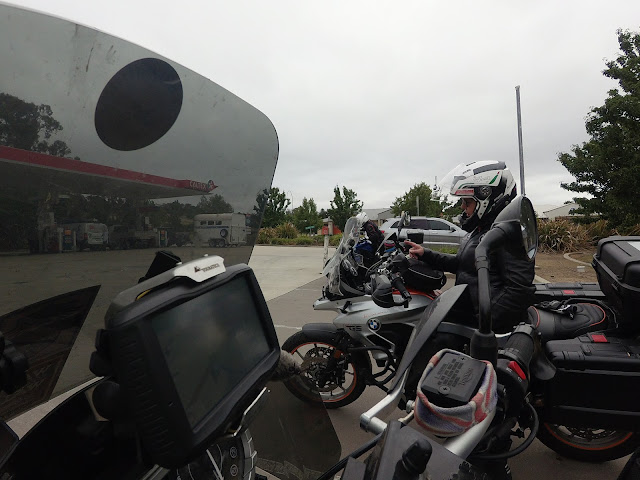 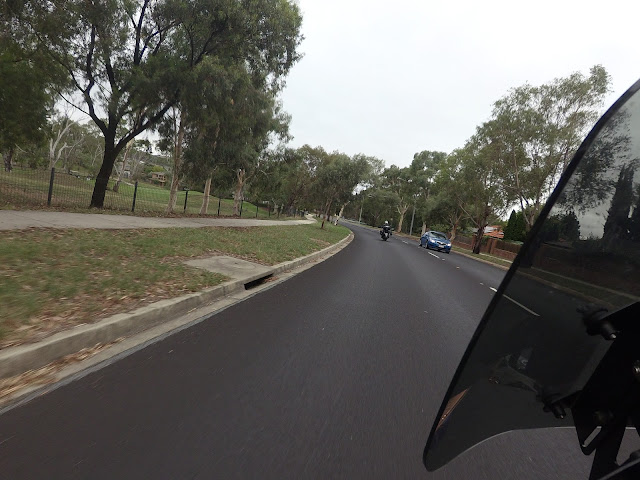 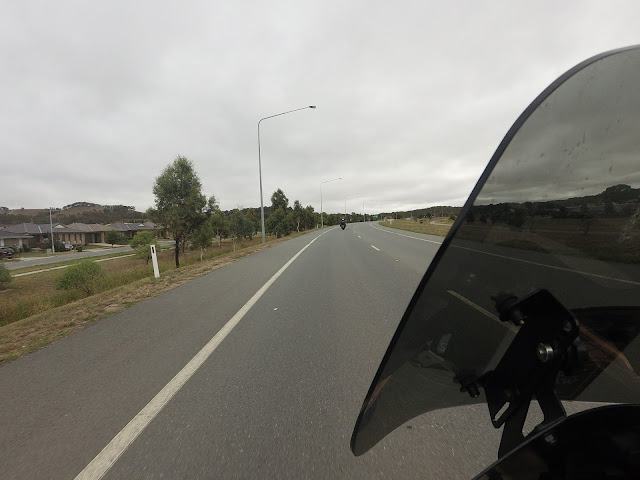 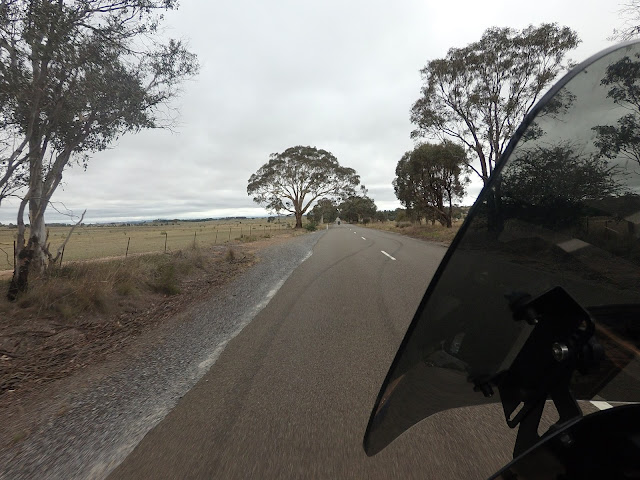 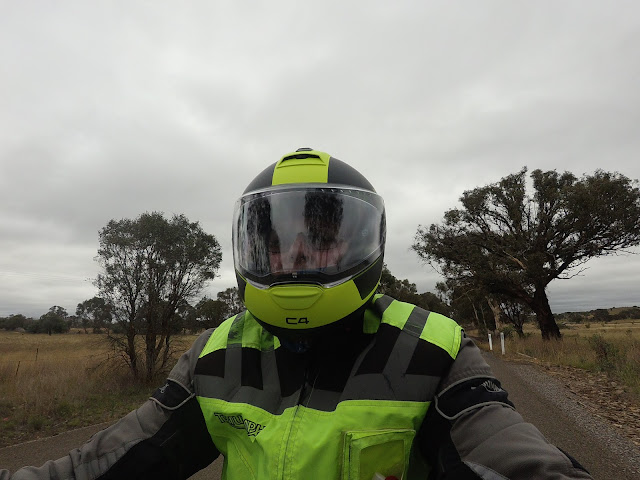 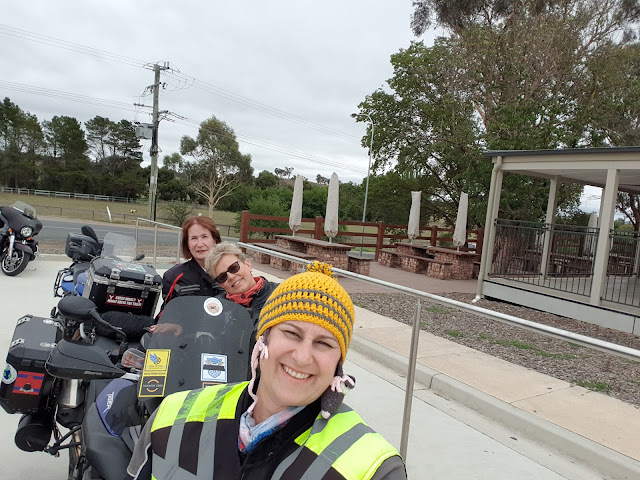 We had coffee at Sutton and I had to get a photo with my new beanie. (Me, Kim (crocheter extraordinaire & Jen) 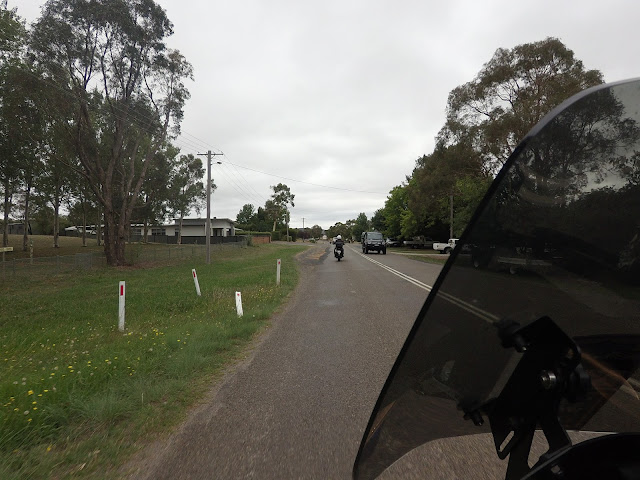 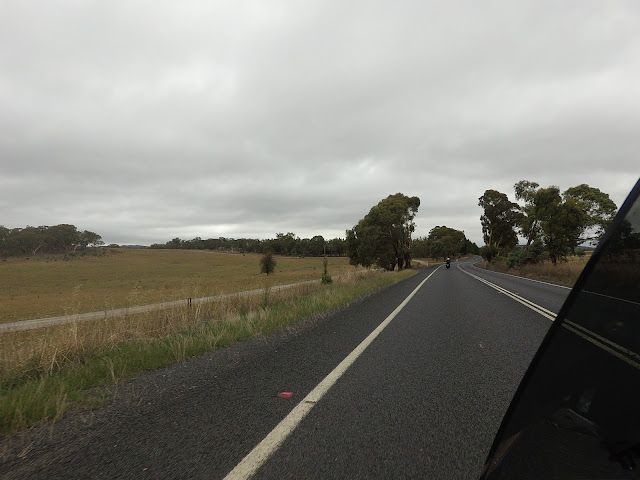 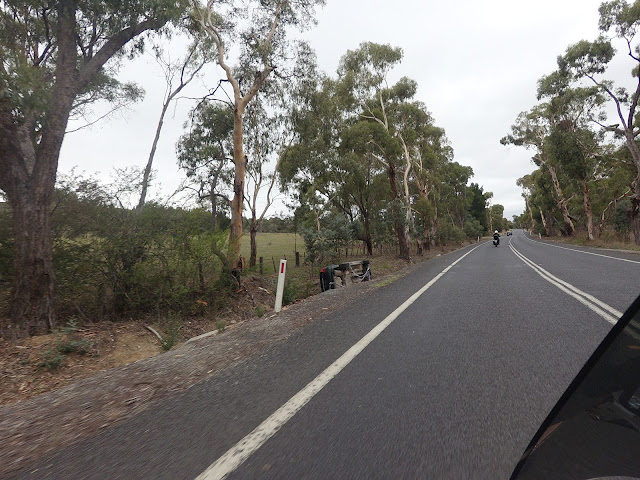 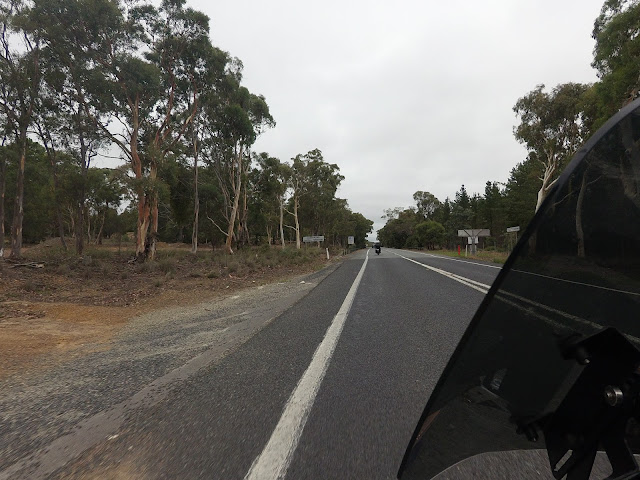 After coffee I decided to go for a bit of a longer ride so headed out to Bungendore and did a round loop before heading home. 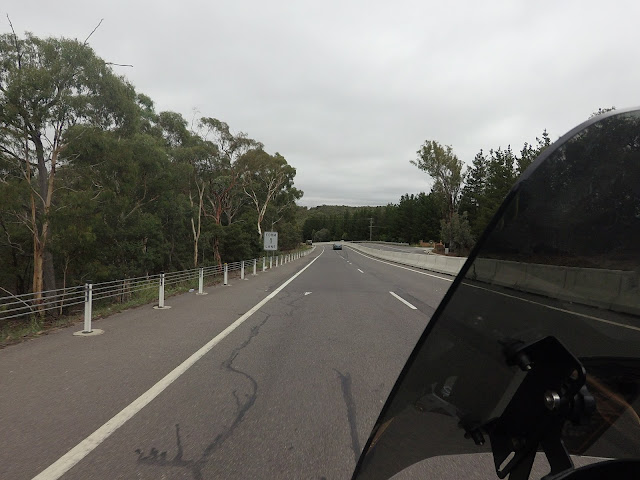 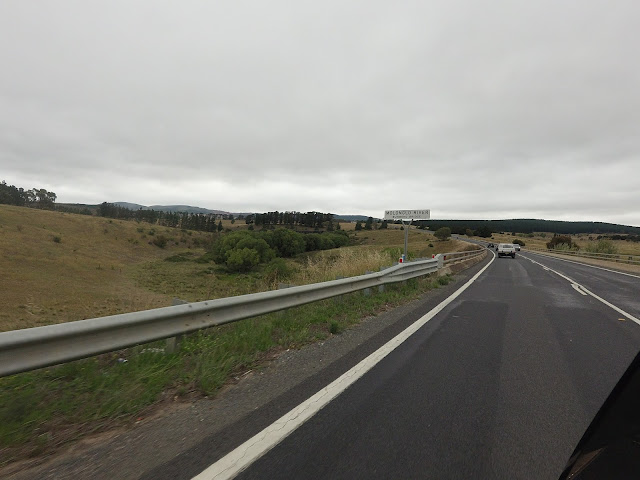 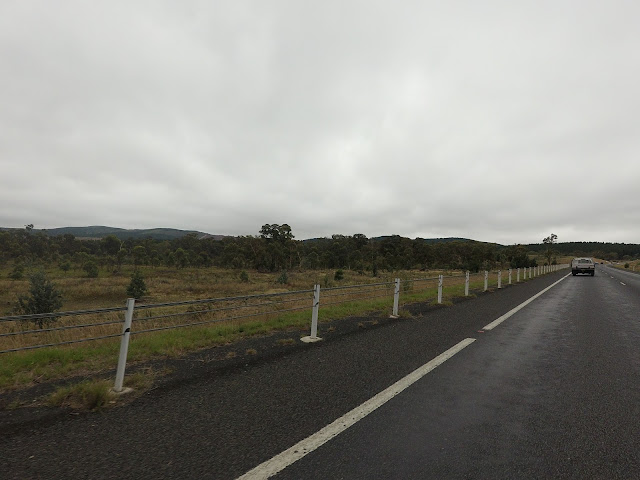 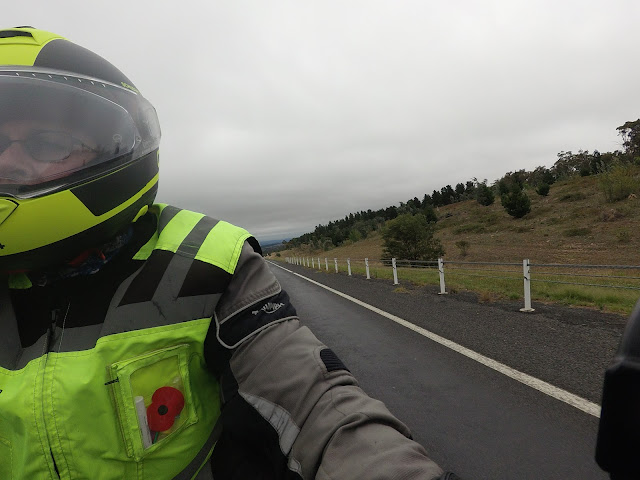 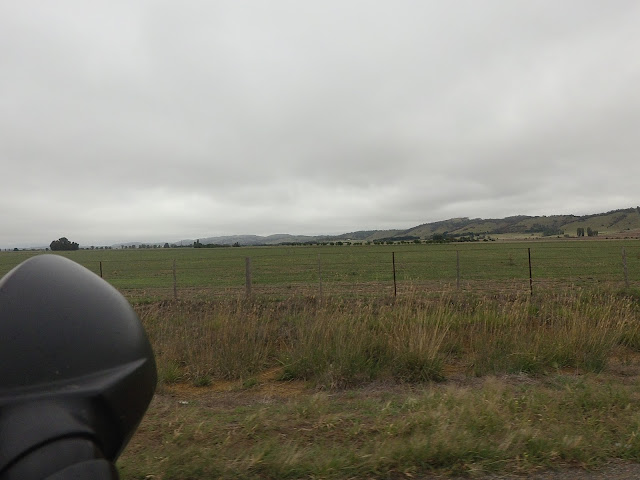 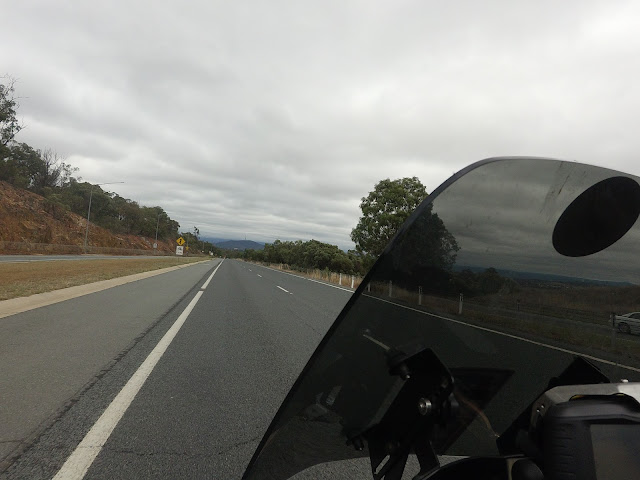 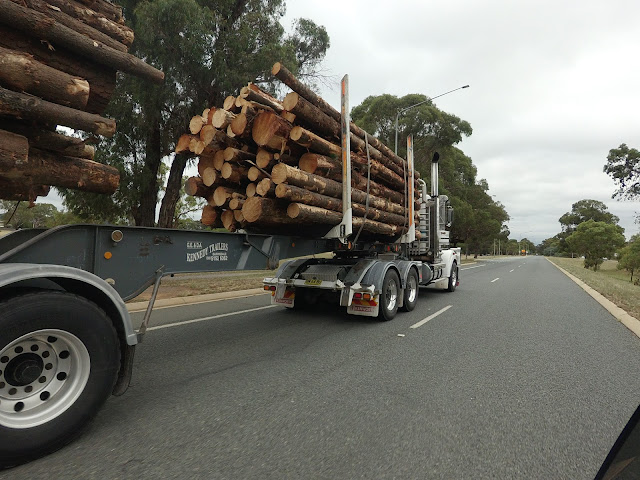 Passed a logging truck on its way into Canberra, glad I didn't have to follow it. They are the trucks I hate the most when on the bike as they cause so much air disturbance. 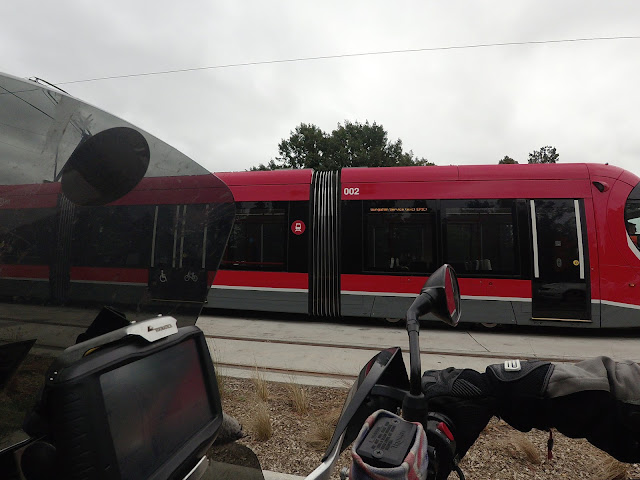 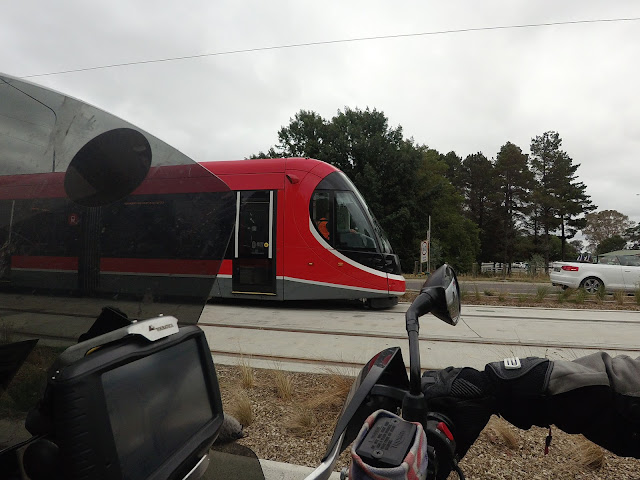 They were doing some lightrail testing. It's the first time I have seen one in action.